Did you know that one of the most widely used medications globally, aspirin, was discovered from willow bark? Many plants have gifted us their powers and we don’t often appreciate it.

Historically, plants have been used as medicine in their more natural forms, like in teas or tinctures. For example, chamomile to soothe stress or tea tree oil with its antibacterial and antifungal properties to heal a wound. Yet with the onset of modern science and medicine, we’ve been able to do more than ever before with plants. Today we can more easily isolate active compounds in plants and use them for their healing properties.

While we stay true to tradition by discovering and deriving a lot of medicinal value from plants - our ability to do this effectively has increased profoundly thanks to the advances of technology. In fact, with modern developments in medicine, you might be hard pressed to know when and how plants are at the source of substances we have come to rely on. So what are some plants that we should be appreciating for their medicinal contributions? 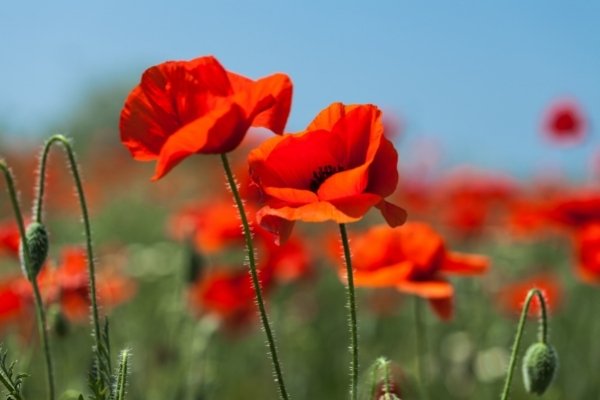 Let’s start with a historical example that is used widely in hospitals all over the country - morphine. When you are in extreme pain, you’ll be thanking the person who found it. And that certain someone was named Freidrich Wilhelm Adam Serturner, an average 21 year old, tinkering around in a lab in Germany.

In a story that epitomizes the power of curiosity and a can-do attitude, Mr. Serturner was an uneducated pharmacist’s assistant who isolated a compound from opium, which originates from Papaver somniferum, aka the poppy plant. He named it morphine after the Greek god of dreams, Morpheus, since he had observed that it was causing people to fall asleep.

Following his discovery, the scientific community took note and we have since been using morphine for the past 200 years! These days, over 230 tons of medicinal morphine are used for everything from relief from chronic pain to advanced medical illness and post-operative analgesia.

What would you officially name a plant whose flowers remind you of fingers? Perhaps Digitalis, as in, digits. It’s common name also indirectly relates to fingers, however, not of the human sort: foxglove. With such interesting names, the plant itself has lots to live up to, and it doesn’t disappoint.

Digitalis as a medicine goes way back to the late 1700s, when an English physician and botanist William Withering was popularizing digitalis as a medicine for an array of ailments. At the time he used it to treat things like epilepsy, edema and ovarian dropsy. But as taken by digitalis as he was, he was acutely aware of its toxicity and described both its wonders and worries in his reports.

Legend has it that Withering discovered digitalis from a gypsy folk healer. Apparently, she had given a dying patient, that Withering was unable to cure, an herbal remedy which included foxglove. The patient was saved by the herbal concoction. Withering found out about this intriguing plant and explored further.

During his time, Withering would make a powder from the flowers. Today, technology enables us to obtain digoxin, a cardiac glycoside, from the leaves. Digitalis today is primarily used as a heart drug. It can both slow the heart rate, but also increase the strength of muscle contractions. Thanks to digitalis and digoxin, we can help people with disease-weakened hearts to perform their key functions better. 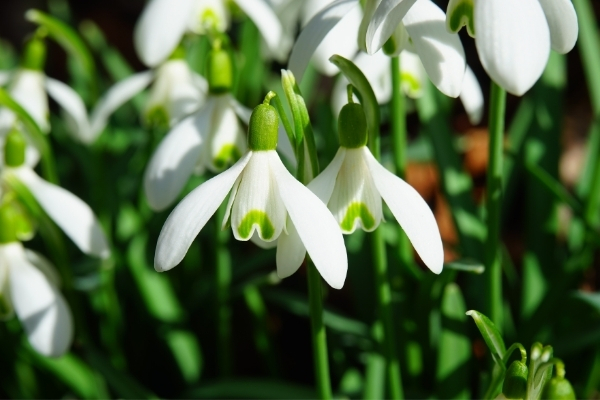 Alzheimer’s is a disease that affects 1 in 9 Americans over the age of 65. Currently it affects about 5 million Americans, and it's predicted that by 2060 it will affect almost 14 million. Sadly, there is currently no known cure for this disease, although there are medications that can help manage and ease the symptoms. One of these comes from the plant kingdom and is a product known as galantamine, sold as Razadyne™ or Reminyl™.

There is no one decisive narrative about when, where and who used the plants traditionally in a regular manner and inspired researchers to explore them further. However, many stories relate to the general region of Eastern Europe and different peoples who were seen using them on various occasions.

For example, the elders who would rub snowdrop flowers on their foreheads to ease nerve pain or the parents who made a concoction of snowdrop bulbs to care for their children when they were ill with symptoms that sound a lot like polio. Although sporadic, these stories created enough evidence to warrant isolating properties of the snowdrop flower, or galanthus, in the 1950s.

The alkaloid galantamine was discovered in the Soviet Union and has since been used in the treatment of mild to moderate Alzheimer's disease. It works by inhibiting an enzyme that breaks down neurotransmitters, and thereby slows down the process of neurological degeneration. By doing so, it can help with symptoms such as memory loss and thinking ability in patients.

When galantamine was first isolated, it became apparent that you needed a profound amount of plant material to yield a small portion. For a long time, galantamine lay rather dormant, as the commercialization was not profitable enough for pharmaceutical companies. However, in the 1990s, new ways of extraction and chemical synthesis were explored. Synthetic galantamine became prevalent around 2000. Together, plant compounds and technological advancements have created benefits bigger than the sum of their parts. 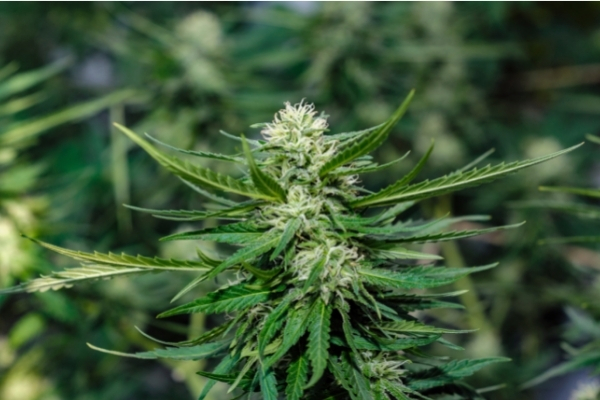 Although we're careful not to call CBD, CBG and other cannabinoids "medicine" in the strict pharmaceutical sense, many people report experiencing significant health benefits from these plant-derived compounds.

Originally, cannabis/hemp was grown in Central Asia and from there it spread across many cultures. In pre-modern times, the plant had a myriad of functions - from the practical, like rope and clothes, to the spiritual and medicinal - being used as a traditional medicine or in ceremonies.

Although cannabis was always well-liked and tolerated historically, modern times saw a drastic change. There was a regulatory trend that made cannabis a controlled substance and imbued it with a sense of danger. Therefore, a lot of the historical uses of the plant were discontinued and research became problematic. However, this didn't stop chemist Roger Adams from isolating CBD in 1942. After him, another seminal breakthrough came in 1963 by Dr. Mechoulam, who was able to describe the chemical structure of CBD.

In the last decade, regulation around cannabis has evolved to make room for understanding the medicinal properties of the plant and its compounds. We can't yet definitively say that it heals or cures in a scientifically rigorous way, as it is too early in our journey of scientific investigation. However, there are promising indicators that could validate ancient and traditional cultures’ belief in the healing properties of the plant.

Some research is starting to create a clearer picture, like the study in 2012 which has shown CBDs potential to alleviate schizophrenia symptoms in patients comparable to a conventional antipsychotic drug. More recently, in 2017, a placebo-controlled trial demonstrated that seizures were reduced in childhood epilepsy with CBD.

Many people choose to use full-spectrum CBD products after personally experiencing its positive effects. No doubt the future will hold more research on this topic to better understand all the ways CBD can help people improve their health.

The Power of Plants

In each case we’ve looked at, we see how curious and daring minds looked for clues in both ancient traditions and the natural world, then dove head-first into research to discover the power of plants. Their insights were then combined with technology, sometimes taking generations for a scientific “aha moment” to mature, allowing the plant's healing properties to be made known and widely available.

Some plants, like hemp, are in the midst of that very journey right now - where traditional and scientific signals point to a direction, but we are still on the path of scientific discovery. Meanwhile, a lot of our global flora remains unexplored for its medicinal potential, with an abundance of brilliant discoveries yet to be made. Hopefully, science can help us learn faster and more effectively, bringing good health and well being for generations to come.