If you’re interested in learning how CBD works to benefit your wellness, it’s important to understand a little bit about the endocannabinoid system.

While research on this fascinating system is still young, recent studies have demonstrated its importance in regulating human health. Let's look at how your endocannabinoid system works, and how you can use CBD to help support your wellness.

What is the Endocannabinoid System?

According to experts, the primary function of the endogenous cannabinoid system (or ECS) is to maintain homeostasis in the body. Homeostasis is a state of natural balance that can be achieved when the functions of the body are performing optimally.

The ECS is believed to help regulate the following:

The ECS is composed of cannabinoids, receptors, and enzymes which work together in the body to promote health and wellness.

Endocannabinoids and receptors are found in immune cells, glands, tissues, the brain, and other organs. When the function of these systems becomes unbalanced, the endocannabinoid system gets to work restoring equilibrium.

How Was the ECS Discovered?

Government regulations have hindered research on cannabinoids and the endocannabinoid system in the past, but as attitudes change surrounding the effects of cannabis, we continue to discover more about how these compounds work together to promote health.

Individual cannabinoids were first isolated by Dr. Raphael Mechoulam at Israel's Weizmann Institute of Science in the early 1960s. However, it would be a few more decades before it was understood how cannabinoids interact with the body.

During a government-funded study at the St. Louis University School of Medicine 1988, researchers Allyn Howlett and William Devane discovered that mammals have receptor sites in the brain that respond to cannabis.

In 1990, a team led by Lisa Matsuda at the National Institute of Mental Health managed to clone cannabinoid receptors. They went on to develop mice without these receptor sites and determined that cannabis has no effect without them.

Then, in 1992 at the Hebrew University in Jerusalem, Dr. Lumir Hanus and Dr. William Devane first discovered the endogenous cannabinoid anandamide, then 2-AG and then many other lesser-known compounds. From here, researchers and the public have been fascinated by the effect of cannabinoids on the body.

Feel free to peruse the following studies to learn more about the impact of cannabinoids on human health:

An Introduction to the Endogenous Cannabinoid System

The Endocannabinoid System, Cannabinoids, and Pain

The Endocannabinoid System as an Emerging Target of Pharmacotherapy

How Does the ECS Work? 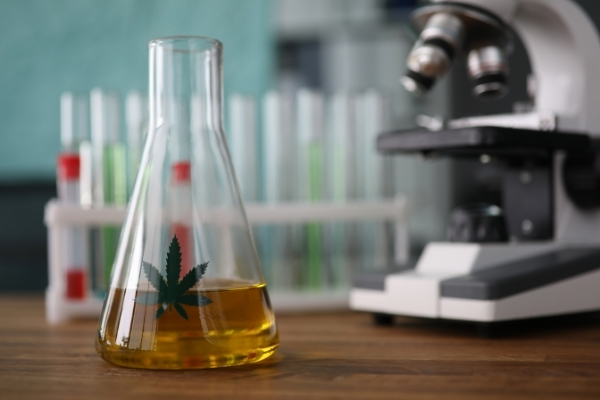 Our systems can become unbalanced from both internal and external triggers. Take our largest organ, the skin, for example. Our skin has a natural balance of hydration and oil production. When your skin isn’t causing you any trouble, it is considered to be in a state of homeostasis.

But what about when this balance is disturbed? Many people suffer from red, flaky, or itchy skin due to overly dry air outside of the body. The same issues can be caused by internal factors like dehydration. On the other hand, overly oily skin can be caused by internal factors, especially fluctuating hormones. Oil production can also be triggered externally by physical activity or certain skin products.

Both dry and oily skin can be problematic. The ECS works to detect imbalances in the body and then sends chemical messages to restore a healthy balance for the skin and many other systems.

Dustin Sulak, DO describes the power of the ECS with another example:

“At the site of an injury...cannabinoids can be found decreasing the release of activators and sensitizers from the injured tissue, stabilizing the nerve cell to prevent excessive firing, and calming nearby immune cells to prevent release of pro-inflammatory substances. Three different mechanisms of action on three different cell types for a single purpose: minimize the pain and damage caused by the injury.”

These are merely a few examples of how the ECS gets to work to restore harmony within the body. Now let’s take a closer look at the components of the endocannabinoid system.

Endcannabinoids (or endogenous cannabinoids) are produced by the body. So far, we know that humans naturally produce at least two endocannabinoids:

The effects of these compounds were once thought to be interchangeable, but emerging research has pointed to distinct differences in activity and metabolism between the two.

Phytocannabinoids are the cannabinoids produced by plants, particularly the cannabis plant. Other plants that produce cannabinoids include Echinacea, ginseng, clove, black pepper, and even broccoli. These plants likely developed cannabinoids to either attract seed-spreading animals or to repel pests, or perhaps both.

There are at least 113 cannabinoids of this variety, including: 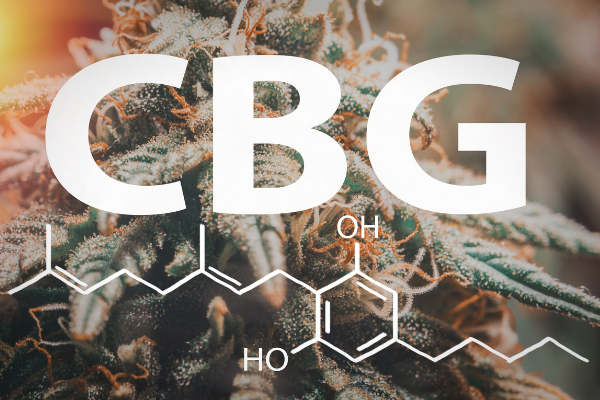 Our endocannabinoids can bind with either type of receptor. Phytocannabinoids, like those found in cannabis, range from having a strong binding affinity with CB1 and CB2 receptors(as in the case of THC) to a weak or nonexistent binding ability.

After the endocannabinoids have performed their function, the body breaks them down by releasing enzymes. The two most well-known enzymes that are part of the ECS are fatty acid amide hydrolase (or FAAH) and monoacylglycerol acid lipase (or MGL). FAAH breaks down anandamide while MGL typically breaks down 2-AG.

How Do CBD and THC Influence the ECS?

THC has a strong binding affinity with CB1 receptors, which are concentrated mainly in the central nervous system. This ability to bind with cannabinoid receptors in the body is one reason why THC users report strong effects like euphoria and increased appetite. Although THC has the potential to support human health in many ways, excessive amounts can also cause some users to feel uncomfortable or paranoid.

CBD, on the other hand, has only a weak affinity to CB1 and CB2 receptors and is not considered to be intoxicating. CBD influences the cannabinoid receptors very differently compared to THC, which is why its effects are more subtle. Adverse effects are rarely reported by CBD users.

More research is needed to confirm exactly how CBD interacts with the ECS, but it’s believed that CBD actually inhibits the enzymes that break down endocannabinoids. This would allow the cannabinoids produced by the body to carry out their regulatory functions for a longer period of time. In this way, CBD can help boost and promote the beneficial activity of the ECS. It has also been suggested that CBD may bind with a cannabinoid receptor that has not been discovered yet.

Although there is already a massive number of users who report significant health benefits when using CBD, more time and research is needed to confirm exactly how it interacts with the body.

Benefits of Full-Spectrum CBD on the ECS

In learning about the endogenous cannabinoid system, researchers made a notable discovery: Whole plant extracts, like full-spectrum CBD, seem to produce more effective results than cannabinoids used in isolation. The theory that whole plant cannabis extracts have a greater influence on the ECS is known as “the entourage effect.” It posits that all of the naturally-occurring compounds found in cannabis have a synergistic benefit when used together.

Full-spectrum CBD products contain a high concentration of CBD as well as the entire range of cannabinoids and terpenes found in the hemp plant. A popular alternative to full-spectrum CBD is CBD isolate, which is over 99% pure CBD. CBD isolate, however, does not promote the entourage effect.

It may seem counter-intuitive that a less pure product could produce better results, but consider this: the endocannabinoid system developed naturally over thousands of years in vertebrates large and small. CBD is not found in its 99% pure form in the wild. It’s likely that full-spectrum CBD is more effective because whole plant extracts more closely resemble the way humans and other animals would have consumed cannabinoids in nature.

At Luce Farm, sustainable, natural, and organic wellness is at the heart of what we do. Our full-spectrum hemp products allow you to take advantage of the entourage effect of all the cannabinoids and terpenes working together to benefit your endocannabinoid system and your body as a whole.