Adaptogens have been around for eons, but they still may be new to many of us. So what are they, and why have they created such a buzz in the health and wellness world?

First and foremost, these are plants, herbs specifically. The name gives a clue to what they do - they help us adapt to various stressors. Interestingly, they've been used for 1000s of years by traditional healers, especially in Ayurvedic and Traditional Chinese Medicine. But it was only in the mid 20th century that western science cast its analytic gaze at them in the Soviet Union.

Scientists in the USSR performed research that was shrouded in secrecy for decades as they looked for ways to get a competitive edge in military, sports and beyond. One of their operations was to look at herbs that were being traditionally used to recover from stress. What they discovered were nine primary adaptogens. These are: Asian ginseng, American ginseng, ashwagandha, cordyceps, eleuthero, rhaponticum, rhodiola, schisandra and shilajit. With these plants, you can be sure that they’re bonafide adaptogens.

Since then, many secondary adaptogens have been identified. Today, many plants and supplements are marketed as adaptogens, but those claims aren't always accurate. That said, there are most likely handfuls of undiscovered herbs that would race to the top of the adaptogen list if analyzed carefully. And it’s also true that there may be plants who have some adaptogenic function, even if it isn’t their defining feature.

What defines an adaptogen?

After their discovery there was an attempt to outline exactly what separates adaptogens from other herbs. There were three key criteria set forth: they’re nontoxic in therapeutic doses, they reduce the effects of physical, emotional, or environmental stress, and that they’re able to help the body to rebalance itself back to a healthy, normal state from whatever stress it experienced.

For example, if your immune system is suppressed, the adaptogen will help bolster its strength. Yet if your immune system is in overdrive, it’ll help to calm it down. And you wouldn’t need to take a different adaptogen for each case. That’s the magic of adaptogens, they adapt to what your body needs. In a culture where we take one pill to have energy in the morning and another pill to go to sleep at night, that can sound almost too good to be true. And that’s a huge reason they’re so appreciated in our culture right now.

Of course, different adaptogens do have different qualities. Some are known for being either stimulating or calming, warming or cooling, moistening or drying. Let's look at some of the best known adaptogens and discover what they can do for you! 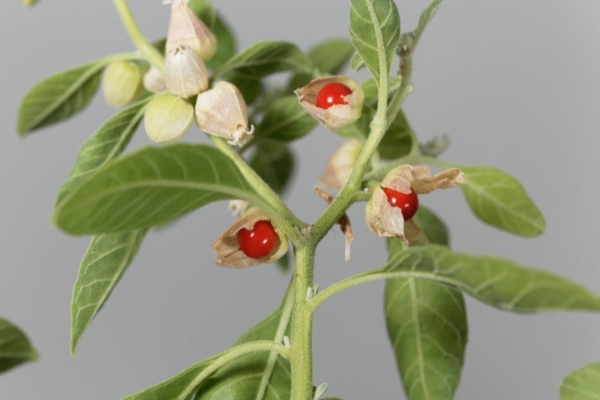 Ashwagandha is one of the best known adaptogenic herbs and is one of the primary adaptogens. It’s considered a calming adaptogen, but because adaptogens bring us into balance, it can also have the effect of making you feel energized. In fact, it's most often associated with its ability to provide energy and strength. For example, it's believed to help support the adrenal glands and reduce anxiety and stress by lowering cortisol levels. In such cases, by calming an overworked system, it brings us back into balance, and thereby unleashes the body’s natural strength.

Maybe your body is actually in overdrive, and driving itself off a cliff from worry or stress. That would make you feel tired, because a lot of water is being treaded under the surface. Helping to regain that energy lost due to stress would bring back your natural balance and leave energy for your day-to-day functions. If you’re feeling bogged down from too much stress and tension, and need to calm your nerves in order to get back to your best self, ashwagandha is the adaptogen for you. 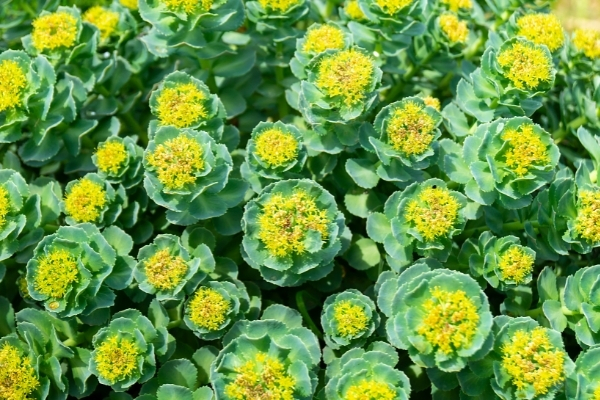 Rhodiola is a succulent with a yellow flower that grows in the snowy Arctic. The reason it's called “Rosea” or more commonly, rose root, is because if you nick the root - which is the part of the plant prized for its healing qualities - it gives off the scent of a rose.

It’s been used in Russia for generations where it came in handy when dealing with the hardships of long and difficult winters. The idea that it can help in other extreme environments was not lost on the Soviet scientists, who decided to test this plant on their soldiers, cosmonauts and athletes. In their experiments, it worked like a charm, giving them more strength for endurance in tough situations. They claimed that soldiers had more endurance and cosmonauts were able to regain their good spirits following challenging exercises.

Since those Russian experiments, over 180 studies have been done on the plant. They seem to indicate that Rhodiola is worth the attention it has amassed over the years. Especially in studies that looked at sports activity with parameters like speed or strength and recovery. For example, a study done with a group of regularly active people who were asked to do exercise with and without Rhodiola found that the plant helps those who took it to perform better. 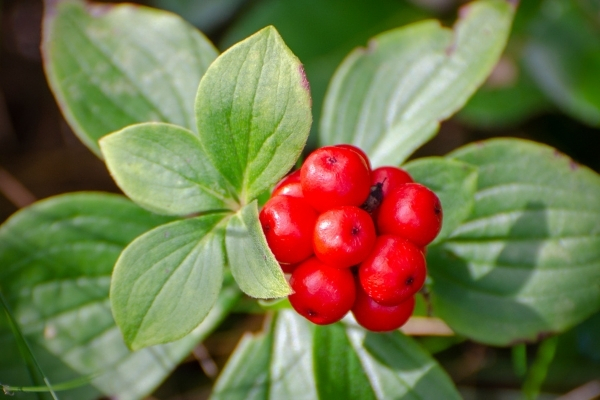 Before you get confused, let us clarify that there are several kinds of ginseng - American, Asian and Siberian. American Ginseng grows in America and is known for its moistening quality. Historically speaking, it was used actively by Native Americans. This was observed by a Jesuit priest in the 18th century, following which, news spread all the way to Asia where it became highly prized and was one of the most highly traded commodities between the two regions.

There’s evidence to suggest that American ginseng may be helpful in cases of improving cognitive function, aiding in managing diabetes, and supporting the immune function. One randomized, double-blind, placebo controlled study showed that this ginseng can improve memory. And research from the University of Toronto has shown preliminary indications that the ginsenosides, a key compound in ginseng, can have an effect on blood glucose. 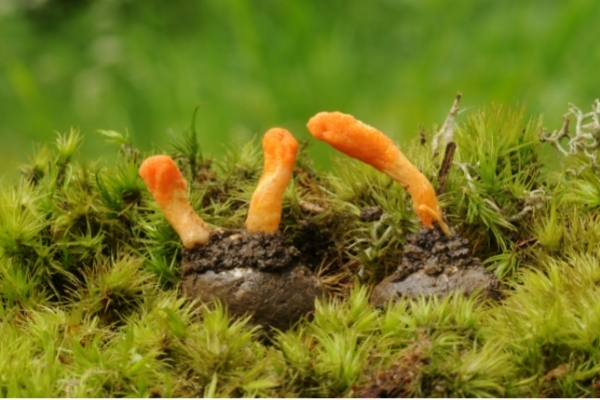 While Ashwagandha, Rhodiola and American Ginseng are roots, cordyceps is a fungus! In fact, it's quite a brutal one. It infects moths, killing them, and then growing itself like horns out of their head. Sounds like a horror movie for moths, while for humans it's quite the superfood.

It is prized in Traditional Chinese Medicine, where at a time, it was considered so important that only the Emperor was allowed to have it. It came to the West by way of a priest who was visiting China in the 17th century and decided to bring some back with him. In the wild, it only grows in hard to reach areas at high altitudes in the Himalayas.

In Traditional Chinese Medicine, it’s believed to have a vitalizing effect on the kidneys and lungs. In fact, it was used by traditional healers as a tonic that could have a positive effect on everything from improving energy to supporting longevity.

How to Take Adaptogens 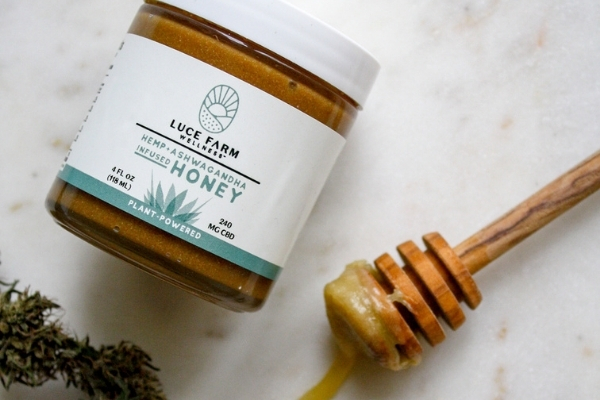 Adaptogens can be combined in order to get a specific effect that carefully balances each of their properties. However, if you want to understand whether an adaptogen is working and how it affects you, it's better to take them one at a time at first. Most importantly, have patience in this process. Don’t expect the results to be immediate, as they may be with pharmaceutical medicines. Herbs and plant medicines in general often take time until you can see their impact on your mind and body. Take it consistently for two weeks so you can allow it to reveal itself to you, in a more holistic process.

When you try each adaptogen individually, you can find the ones that work best with your body and needs. Then try to combine them in a blend that’s right for you. Of course, you don’t have to do it all on your own. It’s common to consult an experienced herbalist who has studied adaptogens’ effects and has first hand knowledge of using them. Likewise, if you have any questions or are taking medications, it’s advisable to speak with your doctor.

If you want to get started with adaptogens, we recommend trying ashwagandha in our Ashwagandha CBD Honey. Adaptogens and CBD make a great combination. And with all the stress triggers in the world these days, we’re happy for all the herbal support we can get to relax and restore our bodies and minds!