In order to make CBD products, you have to first separate the beneficial cannabinoids from the moisture, fiber, chlorophyll, and resins found in the live plant. The result is a powerful plant extract that provides the positive effects we know and love.

What is a cannabinoid and terpene profile?

The various names of concentrates (full-spectrum, isolate, etc.) refer to the specific cannabinoid and terpene profiles found in each.

The cannabinoid “spectrum” refers to at least 113 known compounds that naturally occur in hemp plants. CBD is a cannabinoid, as are CBG, CBN, and THC. Each cannabinoid has a unique compound structure and produces a different effect on the human body. The different ratios and combinations of these compounds create a distinct “cannabinoid profile” and produce the unique experience of each strain of hemp. For example, strains with a high-CBD/low-THC profile tend to promote a sense of wellbeing.

Hemp contains another group of organic compounds called terpenes which also influence the effects of CBD extract. Terpenes are aromatics that give many plants their unique smells. There is growing evidence that terpenes also contribute to the wellness-promoting effects of CBD. Some forms of CBD have a robust terpene profile, while other forms have no terpenes at all. If you want to learn more about the benefits of terpenes, check out our post on how terpenes affect CBD.

The cannabinoid and terpene profiles of your product have a significant impact on the effects you’ll experience when using CBD. 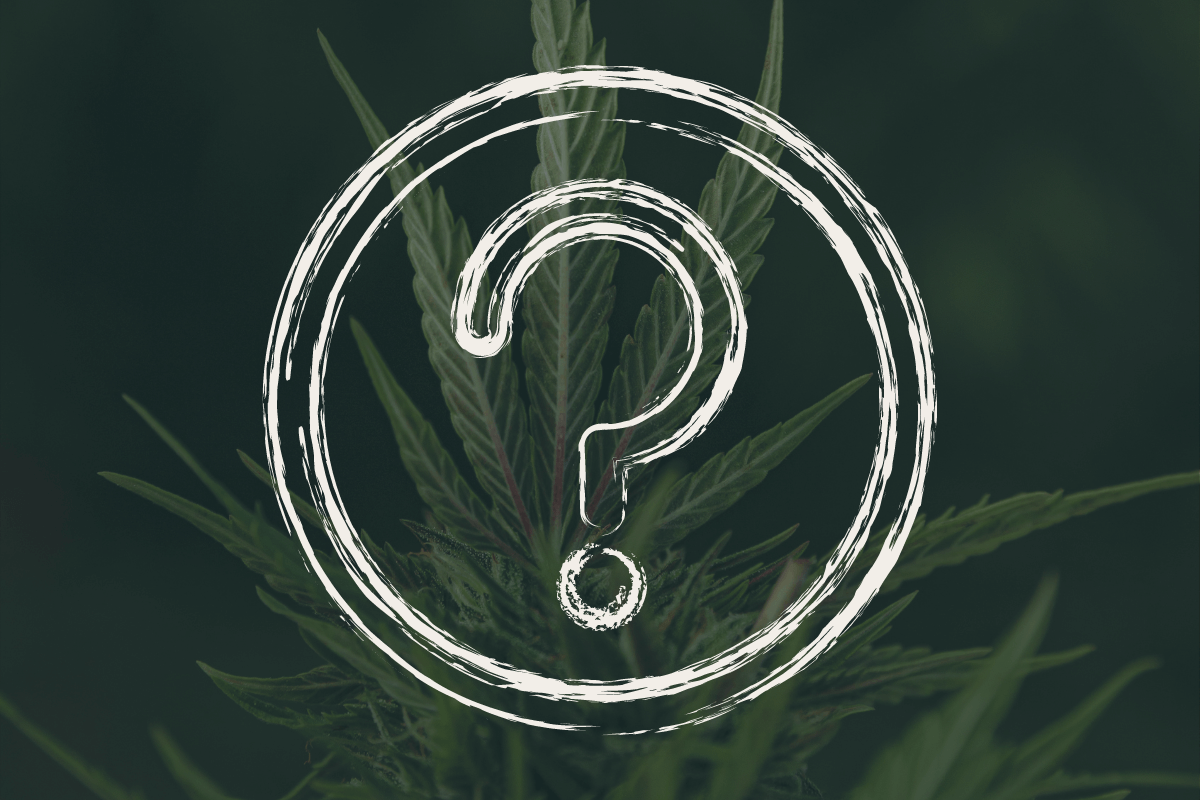 Why does the type of CBD matter?

Cannabinoids like CBD, CBG, and others interact with the body by influencing the endocannabinoid system. This regulatory system modulates countless functions throughout the body. It plays a major role in bringing the body into homeostasis when internal or external factors become unbalanced.

Cannabinoids promote wellness by providing an extra boost to the endocannabinoids produced in the human body. Research has shown that when a wide range of cannabinoids and terpenes are present in the CBD formula, it can produce more notable and balanced effects compared to isolated cannabinoids. This enhanced efficacy is known as the “entourage effect” and is the main reason why some forms of CBD are more beneficial than others.

It's important to understand the difference between the four types of CBD concentrates. That's because the cannabinoids and other compounds in each type of concentrate vary widely, and this has a significant impact on the effects you’ll experience when using CBD.

Full-spectrum refers to a whole hemp extract that contains the complete range of natural compounds found in the hemp plant. The presence of the complete spectrum of cannabinoids and terpenes means that full-spectrum CBD is your best bet if you want to promote the entourage effect to support your wellness.

The official definition of full-spectrum given by the State of Vermont sums it up well: Full spectrum means a hemp or hemp-infused product that is derived from a hemp extraction and contains cannabinoids, aromatics, essential vitamins and minerals, fatty acids, protein, chlorophyll, flavonoids, and terpenes, and that has not been reformulated or has not had cannabinoid isolates or distillates added to it.

Federal law states that legal hemp can contain no more than 0.3% THC by dry weight. This is considered a trace amount and is very unlikely to cause any sort of intoxicating effect. When full-spectrum CBD is extracted from legal hemp, the same trace levels of THC remain in the product. Although it won’t make you feel high, these small amounts of THC contribute to the overall entourage effect of the full-spectrum formula.

Full-spectrum CBD tinctures are usually a yellowish color and may change slightly in flavor and consistency from batch to batch due to the natural variations in hemp plants. Although the process of extracting full-spectrum CBD is advanced and should be performed by professionals in a controlled setting, it is less processed than most other forms of CBD, which is appealing to some users.

The terms “full-spectrum” and “broad-spectrum” are frequently used interchangeably, but they vary in both cannabinoid profile and in production processes. Broad-spectrum CBD commonly refers to CBD that began with a full spectrum of cannabinoids and went on to have all detectable traces of THC removed by the process of distillation. This form of CBD can also begin the production process as CBD isolate and be mixed with other cannabinoids, terpenes, and flavonoids to create a broad-spectrum formula.

Broad-spectrum CBD is often the go-to choice for people who need to avoid THC completely, especially those who are required to undergo drug testing for employment, competition, or any other reason. While most advanced drug tests can differentiate between THC and other legal cannabinoids like CBD, more primitive tests may not. Opting for broad-spectrum helps consumers to ensure there are undetectable levels of THC in their systems. Because these CBD terms are not standardized or regulated, however, it’s crucial to check the lab test results of the product to make sure there are no trace amounts of THC present in the formula if that’s your objective.

Broad-spectrum CBD can promote the entourage effect, but tends to have a less complete cannabinoid and terpene profile compared to full-spectrum CBD. This is due to the additional processing needed to remove all traces of THC.

The CBD distillation process differs from full-spectrum extraction. Rather than extracting as many beneficial compounds as possible, distillation uses the cannabinoids’ specific heats to isolate single components with remarkable accuracy. CBD distillate typically ranges between 85-97% pure CBD. It may be distilled more than once to remove impurities.

The process is similar to distilling spirits multiple times for a smooth and mellow result. That said, CBD distillate lacks the majority of the other beneficial compounds found in hemp, including most of the minor cannabinoids and terpenes. These components are sometimes added back in, but CBD distillate should not be considered a whole plant extract. This less phytochemically-diverse type of CBD is unlikely to provide the nuanced benefits of the entourage effect.

Although it requires laborious processing, CBD distillate is often preferred by large manufacturers of CBD due to its consistent yield. While full-spectrum leaves a good amount of room for variation in terms of cannabinoid and terpene profile, CBD distillate is much more predictable. This makes it easier for large, commercial producers to create uniform products. While it’s more efficient for CBD producers, that doesn’t mean that it is more effective for the end user.

This form of CBD is over 99.9% pure and is usually sold in crystalline or powder form. CBD isolate is simply CBD distillate that has gone through an additional solvent process to remove as many non-CBD components as possible.

Like CBD distillate, CBD isolate does NOT promote the entourage effect. Isolate lacks the depth of flavor as well as the well-rounded effects of a full-spectrum formula. It contains undetectable levels of THC, however, which is a priority for some users.

This form of CBD is useful for isolating the effects of CBD alone, and is thus often used for research purposes to compare with whole plant extracts. Tasteless and odorless, these neutral properties are also appealing to manufacturers of edibles, topicals, and any product where a uniform consistency is key. But remember, better for businesses is not always better for the consumer.

You can think of CBD isolate vs. full-spectrum hemp extract like a similar wellness-promoting product: vitamins. Isolate would be like a single vitamin (let’s say vitamin C), while full-spectrum is more like a multivitamin which contains a full serving of vitamin C along with a wide range of other beneficial compounds. While both can be favorable to your wellness, the multivitamin packs a wider range of benefits and a synergistic effect. 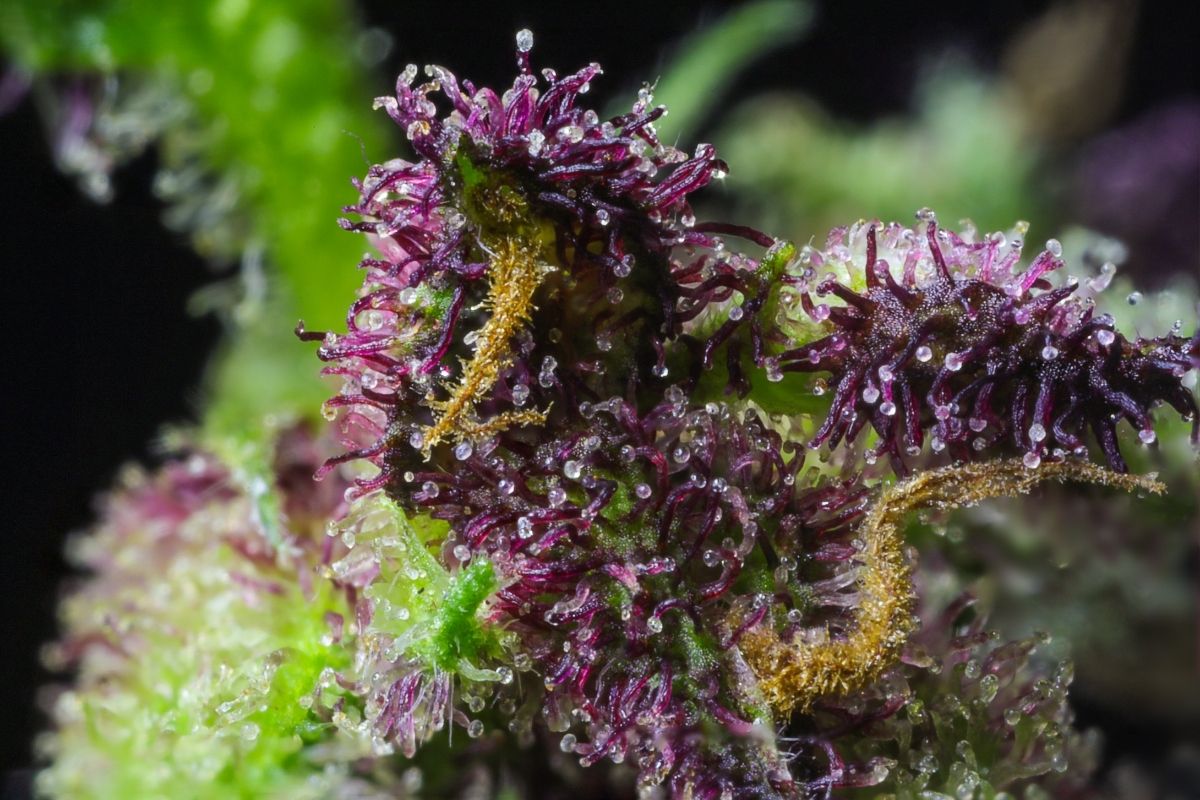 Are you wondering which is the best type of CBD? Every form of CBD has its own special benefits and useful applications. That said, we firmly believe that full-spectrum is the best way to get the most out of CBD. Full-spectrum CBD allows you to take advantage of the entourage effect and benefit from all the naturally-occurring cannabinoids and terpenes found in the whole plant. If you’re looking for full-spectrum CBD products with a true commitment to quality, we hope you’ll visit our online shop.